Since man began to sail the open seas, sailors have used a very simple device to figure out how to take maximum advantage of the wind. Pieces of ribbon or yarn attached to the main mast and to the sides of the jib tell a sailor when the wind is up and how to trim the sails to use them most efficiently to make the best headway. These pieces of ribbon or yarn (three red strips in the photo below) are called a “tell tale” and “tell tales” are one of a sailor’s best friends. 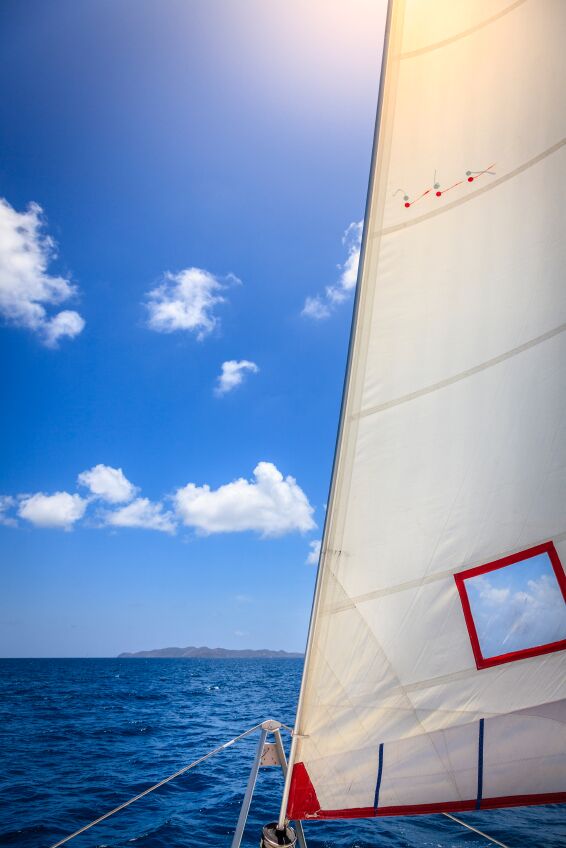 When it comes to organization change, leaders, managers, and change practitioners also have a “tell tale.” It’s called resistance. However, resistance is rarely regarded as anyone’s best friend. Quite the contrary, resistance is usually regarded as something to be “overcome,” “managed,” “mitigated,” “addressed” or otherwise “eliminated.”

What if we thought about resistance and used it differently?

Hold on to the metaphor for a moment and let’s get concrete with an example of using resistance to help determine what, where, and how to help a change move forward.

A large company was implementing enterprise information system management across the entire organization. As happens commonly in many large organizations, differences by function in IT applications, data bases, reporting requirements, policies, and special, home-grown IT solutions, etc. eventually lead to an electronic Tower of Babel. As a result, people then have to resort to spreadsheets and other database tools to make sense of information across the enterprise. Enterprise information systems improve integration and interoperability across business units and processes.

A change effort to move the company to enterprise information was launched. A long time and considerable upfront effort went into defining information governance and stewardship, policies and guidelines, process, structure, and quality management. When the Change Team appointed by leadership finally rolled out the proposed change, forceful resistance became evident and the entire effort seemed at risk. (I will discuss approaches to introducing change in another entry!)

After deliberation, they decided to develop and conduct a survey to learn as specifically as they could peoples’ beliefs and attitudes about enterprise information. As it turned out, it was the best step they could have taken.

Two parts of the survey data were very revealing. In one part, a series of questions was directed at what people saw as barriers to enterprise information. When a correlation analysis was applied to the data for these questions, the following became evident.

The Change Team now understood that in some parts of the organization management was not only not supporting EI, but in some cases was actively discouraging it.

A series of statements asked respondents to judge how important attributes such as uniqueness, trustworthiness, speed, ease, quality, etc. were:

to matters like applications, maintenance of data, use of data, access to data, and doing one’s job. For example, “We use data differently than other business units.” Is this critically important, very important, important, or not at all important?

To make the analysis stand out, a scoring convention was used to raise the threshold for identifying criticality of an issue. 60% of respondents needed to answer “very important” or “critically important” to an issue for it to reach the threshold.

By constructing a table of business units and their responses to these key issues, a very interesting picture emerged. For 6 of 12 business units surveyed, more than half of the named issues met or exceeded the threshold. For the other 6 business units, the majority of respondents indicated “not at all important” for all of the key issues. The “hot spots” became evident.

Leadership and the Change Team now knew the “what” and the “where” of the resistance they were facing. Armed with that information, they could then strategize “how” to reduce and eliminate it. There would still be a lot of hard work to do, but they were equipped with the right information to “trim the sails” to move the change forward.

The next time you encounter resistance in your change effort, recognize what your reaction is. Do you immediately want to just stamp it out? Eradicate it from the face of the earth with brute force? If so, step back, take a breath, and become…curious. You will learn a whole lot more about what, where, and how to address the resistance and you will be “trimming the sails” of your change.

For more information about resistance, how to assess it, and how to work with it, visit thechangekit.com.