Leading change is too difficult and complicated to accomplish alone. It requires a support network to augment your personal sponsorship and direct leadership. Much has been written about building an effective sponsor network and it’s all relevant and true. However, there is a significant resource at your disposal that is often over-looked and untapped. 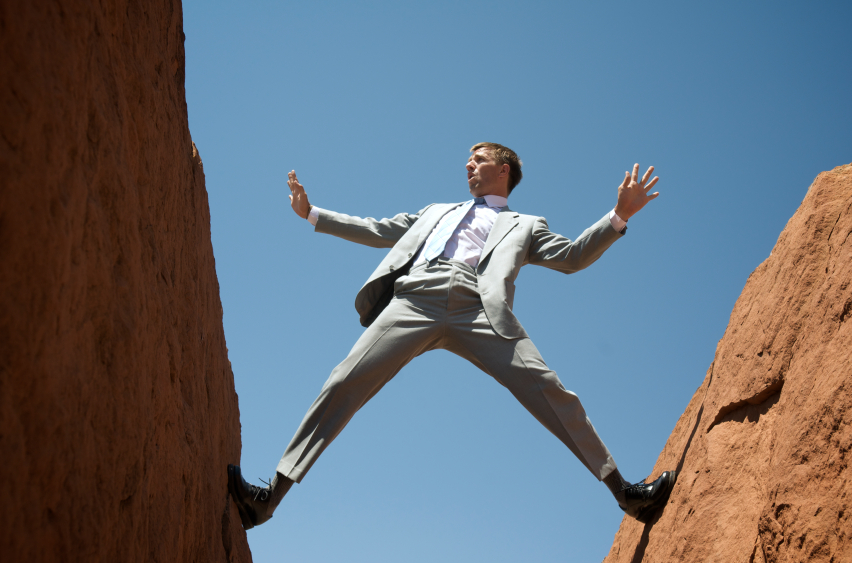 Scott (not his real name) was one of the best managers in a manufacturing unit that was in the midst of some very major operational changes. A colleague and I were the primary consultants on the project. Scott approached us and asked for a meeting to discuss some concerns. The conversation went something like this.

“Look, I’ve got some serious concerns about where this is headed.”

“Well, I know Burnett (the VP of Manufacturing) wants to move in the direction of self-managing work teams. Operationally, I don’t think it’s a good idea. It will give too much control and power to the technicians and we’ll lose complete control of the process.”

I reflected back, “So, if the change goes forward as planned, you’ll lose control of the process?”

“Yeah. The reason we’re doing this in the first place is that we have quality problems. Do this and it will just get worse. The only way we have the level of control that we currently have is because of the managers.”

“So, you see yourself and the other managers as the keepers of process control?”

“Absolutely. If we’re not managing the process, how else would it happen?”

My colleague pushed in a different direction. “Scott, based on what you know about the change, what do you see as your role in the new system?”

Silence for a long moment and then finally, “I’m not sure.” Another long pause followed by, “Actually, I’m not sure I see myself in the new system.”

“It looks like everything I currently do will belong to the technicians and the teams and I don’t see any need for what I currently do which is a lot of troubleshooting and oversight.”

“How does that make you feel?”

“Really nervous. Like I won’t be needed anymore the way I’m needed now.”

“Are you the only manager that feels this way?” I asked.

Maybe you’ve had a conversation like this with a manager facing a big change. Maybe you were that manager.

Middle managers are in a unique and difficult spot in most change efforts. Let’s take a closer look at what contributes to this dynamic and what you as a leader can help them do to address it.

When change happens, people in organizations see it through different lenses.

At the start of an effort, leaders are concerned with the following kinds of questions.

Individual contributors, by contrast, look at the change and they see a different set of concerns – especially when the announced change is major.

Change can be difficult and everyone has his or her own legitimate perspective. However, your middle managers find themselves in a unique position. Middle managers experience the same range of emotional reactions as everyone else affected by the change. Theirs look something like this.

However, unlike leaders and individual contributors, the view of the change through the middle manager lens is much more crowded.

Their view includes the expectations of leaders above them and of individual contributors below them. Leaders expect middle managers to be largely on point for executing the change. And individual contributors expect middle managers to listen to their expressions of frustration, answer all their questions, and help them through the change. Middle managers are stuck in the unenviable position of having to execute change, manage others through change, and manage themselves through change – all at the same time.

Middle managers in change require special attention. They have potentially more to lose than anyone else.  The units they’ve built and the resources they control may change significantly. Further, the skills they possess for which they are currently valued and rewarded may not be needed in the same way in the new organization - or perhaps at all. They’re potentially at greater risk than others AND they’re pivotal to making the change successful.

So what needs to happen in order for middle managers to become effective change managers?

The simple answer is they need to integrate. When they get caught in the demands and pressures of their own unit, they become isolated and less effective overall. When middle managers have an opportunity to integrate and contribute meaningfully to the change they become powerful and a powerful middle is what the system needs for effective change.

Based on what Scott shared with us, we organized a bi-weekly meeting that became known as the Managers’ Forum.  The initial broad purpose of the meeting was to simply pay attention to the middle managers.  However, as the meetings unfolded, the managers developed an agenda and rhythm that included the following:

The first few meetings were productive to the point that the managers’ sense of middle integration was becoming evident.  They began taking charge of the agenda and their own development.  Four examples stand out.

Like many complex changes, it took some time for the change to reach its fullness. Not all of the managers made the transition. Some opted out and found jobs elsewhere in the company before the change became final. Others found their way into new roles that they acknowledged resulted from the assessment they’d done in the forum meeting. As the remaining managers settled into their new roles, Scott once again emerged as one of the best.

Middle managers are indeed a special case in leading change. Give them the attention they need and it will pay dividends throughout the effort.

To learn more about leading change and the special case of middle managers, please visit thechangekit.com.